Some time ago, I chanced upon the following puzzle:

Five men find themselves shipwrecked on an island, with nothing edible in sight but coconuts, plenty of these, and a monkey. They agree to split the coconuts into five equal integer lots, any remainder going to the monkey.
Man 1 suddenly feels hungry in the middle of the night, and decides to take his share of coconuts at that very moment. He finds the remainder to be one after division by five, so he gives this remaining coconut to the monkey and takes his fifth of the rest, lumping the coconuts that remain back together. A while later, also Man 2 wakes up hungry, and does exactly the same thing: takes a fifth of the coconuts, gives the monkey the remainder, which is again one, and leaves the rest behind. So do men 3, 4, and 5. In the morning they all get up, and no one mentions anything about his coconut-affair on the previous night. So they share out the remaining lot in five equal parts finding, once again, a remainder of one left for the monkey. Find the initial number of coconuts.1

I won’t give you the answer, so you can enjoy finding it by yourself. The solution is not trivial, for you have to solve a Diophantine equation, but in the end it is not too much complicated. Obviously, there is an infinite number of possible solutions, but the problem implicitly asks for the smallest one.

The puzzle, per se, is not very intriguing, but what makes it interesting is a story that usually goes with it. It seems that Paul Dirac, in solving this puzzle, found a new, original solution to the problem, in addition to the obvious one: -4. The answer is right: the first man takes a fifth of -4 , which is -1 (since -4:5=-1 with a reminder of 1), gives 1 coconut to the monkey (the reminder) and leaves -4-(-1)-1=-4 coconuts for the next man. What is apparently wrong is that such a solution has no physical significance. Nobody can handle a negative number of coconuts. Notwithstanding, the solution is mathematically right. The story also says that reflecting on this odd solution, Dirac was led to the introduction of the concept of antimatter.2

In this case, the new solution is obtained by extending the original mathematical structure (from

) framing the physical system at issue. A different example is the following one. Suppose we want to calculate where a projectile, launched from the cliff of a hill, will land. We set the parabolic equation and we find the solution, which is given by the points of the parabola that intersect the x-axis. But a parabolic equation has two solutions (they can eventually coincide, but it is not our case if we suppose the angle of launch is different than 90°). We consider only one of them because we know that the other is simply the continuation of the parabola behind the cannon in the inverse direction, so we intuitively take it as a non-physically significant solution. In this case, the extra-solution is already within the mathematical structure and it was there from the beginning, but nobody cares about that because it is obviously physically meaningless. However, there are cases in which such an extra-solution suddenly becomes important. For example, time dilation in Lorentz’s prodromes of special relativity theory was seen by Lorentz as a simple mathematical ‘artifact’ of the theory; but then Einstein considered such a mathematical ‘artifact’ seriously, as a physically significant effect.

Now, how many times we face a similar situation in physics? I mean, a situation in which a mathematical solution (or term, or relation), that was discarded before as “physically non-interpretable”, suddenly becomes significant and is seen as the key for a new development? Or a situation in which the same physical system is integrated in a richer mathematical structure delivering new solutions beside the old ones, thus suggesting new interesting developments? This is one of the most intriguing roles that mathematics can play in physics, and the more abstract is the domain we are investigating, the more frequent and relevant is this role. Is it really unreasonable as Wigner thinks?3 I think it is not, but the answer — as often happens — is not trivial.4

[1] ⇑ I found this puzzle in John Barrow’s book The World Within the World (Oxford: Oxford University Press, 1988), p. 254.
[2] ⇑ I couldn’t find any confirmation of this story, but it is quoted in Barrow (without reference).
[3] ⇑ The reference is to Wigner’s 1960 article, The Unreasonable Effectiveness of Mathematics in Science (Communications on Pure and Applied Mathematics, vol. XIII).
[4] ⇑ I’m dealing with it in my Ph.D. dissertation. 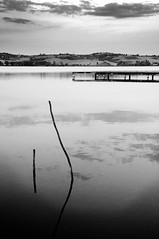 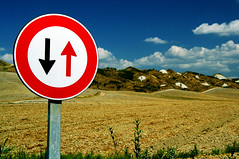 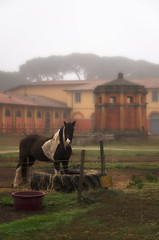 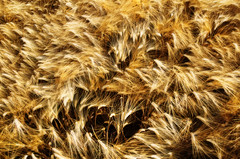 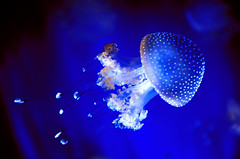